Steady as She Goes

March 2019 was a relatively stable month for the GTA and Toronto housing market. Overall, prices were flat year over year, with slight increases for prices of condos offset by a slight decrease in average transaction prices for detached homes. This has been a consistent trend for a couple years now. Indeed the divergence in price trends (generally) between detached homes and condos has partly been driven by average detached home prices being out of reach of many buyers, in addition to the mortgage stress tests which have reduced borrowing capacity. However, if we believe that markets tend to be efficient over time, we could ascribe some of this to mean reversion. That is, condo price movements have generally lagged that of detached homes over the last 10 and even 20+ years. In Exhibit 1, we illustrate this by comparing condo and detached price movements over different time periods, which shows that condos have started to play some catch up in the last few years.

Back to the March data – volumes were generally down year over year – a consistent trend over the past couple years. However, interestingly, York Region had a strong month of sales which we will discuss in a moment.

Inventory or active listings increased from last year in most markets except York Region, and months of inventory increased modestly from February levels, as an increase in new listing hit the market. With the improved weather, we anticipate both sales and inventories to rise in the coming months from current levels, and anticipate a stable but modestly rising sales price trend.

Last month we provided an update on York Region, as we highlighted the big differences between that market and Toronto. Since the Spring of 2017, markets north of the city – namely municipalities in York region have experienced a more dramatic slowdown than the most other areas of the GTA. It pointed to a likely overvaluation (possibly driven by speculation) in that region. At the peak in February 2017, the average transaction price for a detached home in York Region was approximately $1.466 mm (in Toronto it was $1.574 mm). At the end of March 2019, that number had fallen to $1.093 mm for York (and $1.268 mm for Toronto), a decline of 25% (and 19% for Toronto).

While we see continued pressure for York Region, due in part to excess inventory, what was interesting this past month was sales volumes. In March, there were 680 sales transactions of detached homes in York Region, an increase of 13.5% from last year. On an absolute basis, this is the highest level of activity in 22 months. This is unusual given March is not a seasonally strong month (April, May and June are the highest selling months of the year), and can be partly explained by the poor weather in Jan and Feb which pushed some sales into March, but it could also point to some bargain hunting from buyers and/or capitulation among sellers. Nevertheless, one month does not a trend make, but it’s worth noting and watching.

Active listings for detached homes in York Region declined 8.7% from last year, but still remain very high. Current inventory stands at 5.8 months of supply which still points to a buyers market, and a likelihood that prices will remain under pressure. Still, these data points are encouraging given how weak the region has performed for the past year and a half. See exhibits 3-8 for more details.

Rising rents – a trend that will likely persist

Back in 2017, the Ontario government implemented rent controls, and applied them to all rental properties in the province. In effect, it allowed landlords to raise rents only once a year and based on a rate set by the government. So while in-place rents haven’t changed much, street rents or rents of available/vacant units have skyrocketed since 2017. An average one bedroom rental apartment is now around $2,186 per month, up 26% since the beginning of 2017. That’s 26% in two years! Prior to the policy changes, it took nearly 10 years for rents to rise this much! Such are the unintended consequences of rashly implemented policies!

We expect rents to continue to rise in Toronto. For one, property values have and continue to climb, and investors will expect a return on their investment. An offshoot of this of course is that many would be buyers can no longer afford to buy and thus the rental pool has grown. In addition, economic growth in the city and rising population from immigration and migration to Toronto are long term demographic tailwinds which are positive for rent growth.

Exhibit 2: One Bedroom Rents have risen 26% in two years

Exhibit 3: Summary of Activity by Region and Property Type – March 2019 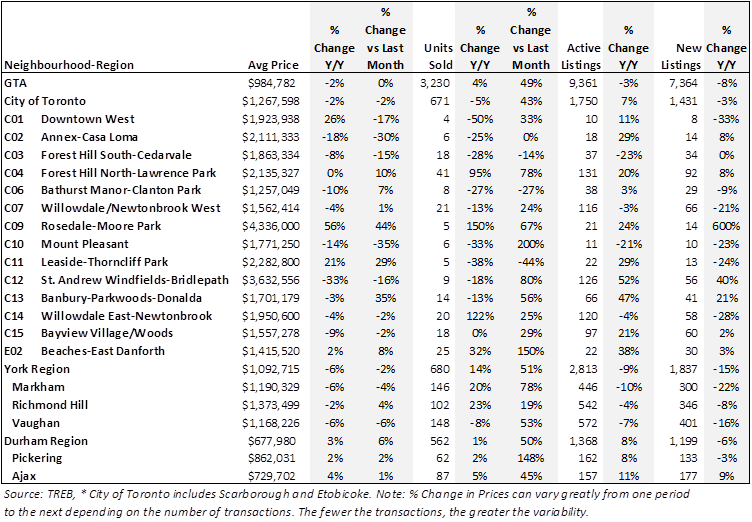 Exhibit 6: Months of inventory for condos and semis in Toronto remain tight which should continue to support higher pricing; Inventory in York Region remain high