August sales in the GTA for all home types were up 13% from a year ago (+21% for detached and +3% for condos), while the average sale price was $792, 611, an increase of 3.6% (+0.2% for detached and +6.2% for condos). These are encouraging headline numbers, and point to some normalization following two years of uneven markets.

In particular, the 905 area codes (especially York, but also Durham and Peel) are seeing recovery in detached home sales volumes – this is important, as detached homes represent the bulk of these markets. Price performance, on the other hand, has varied depending on geography. In York region, August 2019 was the first time in 28 months where sales volumes exceeded the historical seasonal average, and the first time in 20 months for Peel region (see exhibit 1). Inventory of detached homes in the 905 is tightening, albeit the level of inventory varies greatly by region. York Region, despite the stronger volume remains oversupplied with 4.9 months of inventory (MOI). This compares to 2.6 MOI in Toronto, and 2.6 months in Peel. As such, average transaction prices in York Region are still declining (and expected to continue declining) but at a more modest pace. Confidence has been returning to the market for a number of months now, but importantly, participants remain rational.

What about Toronto? For detached homes , volumes were up 8.1% from a year ago, but still 12.3% below the 10 year average for this time of the year. Prices are flat from last year, and we would characterize the market as reasonably balanced. The weaker volumes can be partially explained by relatively low inventory or listings. Overall, inventory in Toronto is at 2.6 months of sales but interestingly certain areas to the east (East York, Danforth, the Beaches, parts of Scarborough) and to the west (Davenport, High Park, the Kingsway and Etobicoke) have much tighter inventory, and we expect prices to remain firmer in those neighbourhoods. In Central Toronto, neighbourhoods close to the core remain healthy – namely neighbourhoods south of Lawrence along Yonge St. Areas further from the core and where price points remain high are comparatively weaker.

Condo sales in Toronto remain robust with volumes up 1.6% in August versus last year. Inventory stood at just 1.6 months of supply and remains a constraint. Prices continue to rise with an average transaction price of $619,307 in August – up 5.8% from last year. Year to date, average transaction prices are up 6.1%. We expect prices to continue an upward trajectory in the near term, as supply remains tight and demand stays strong. With population growth, strong employment, relative affordability (vs detached) and low interest rates, we anticipate the condo market to remain healthy.

Canada and the GTA from a global perspective

While perhaps it’s too early to call, it appears to us at the moment that the policy moves in recent years including tighter mortgage rules have had an effect of creating a soft landing for the Canadian housing market. A recent report from Knight Frank (a global real estate consultancy firm) indicated that Canada’s housing price growth in the second quarter was only 0.5%, ranking it 49th of the 56 countries surveyed (FYI in Q2 prices rose 2.7% in the GTA and 6.1% in Toronto). Back in 2017, Canada was ranked 4th when prices rose 14.2%. The fact that the GTA outpaced the Canadian average points to the strong fundamentals of the city.

Canada remains a popular destination for immigration given its consistent global ranking as one of the best countries in the world to live, as well as its need for immigrants (as natural birth rates remain well below replacement levels), its openness towards immigration, its multiculturalism, freedoms, rule of law and political and economic stability. With political turmoil south of the border, and unrest in other parts of the world (Hong Kong as an example), Canada remains a sea of relative calmness, and we expect population growth to continue rising at similar levels of past years. Nearly a third of new immigrants in Canada settle in the GTA which saw growth of approximately 106,000 in 2018. In addition, international students represent a large force impacting Toronto. In 2017, an estimated 168,730 international students (largely post-secondary) studied in Toronto – more than half of whom indicated a plan to apply for permanent residency. All of this growth has been a pressure point for the housing market here and we expect it to be a major driving force in the foreseeable future.

Toronto has always been known for its services industries – banking and finance, legal, accounting, consultancy, healthcare and government. In recent years, tech has become a major driver for employment in the city. A recent study by CBRE indicated Toronto was the third best market for tech (behind SF and Seattle) and second fastest growing city in North America for tech jobs (behind the SF Bay Area), adding some 80,100 employees over the past five years – a 54% increase. Not to be outdone, Hamilton and Waterloo were ranked second and third fastest growing “Opportunity Markets” in North America with growth of 52% and 40% over the past five years, respectively. Much of this tech growth has been the result of a strong network of universities and colleges, government policy and incentives, large tech employers growing in the region (Google, Amazon, Microsoft, etc), as well as a vibrant start-up ecosystem.

Exhibit 2: Summary of Activity by Region and Property Type – August 2019 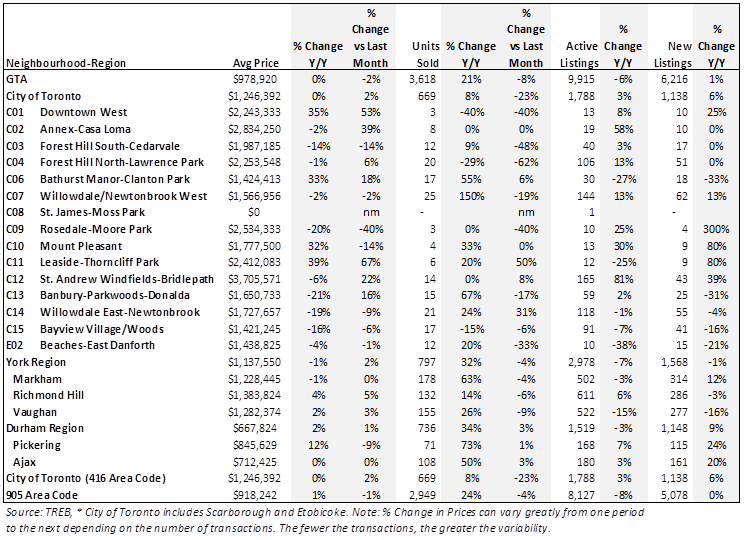 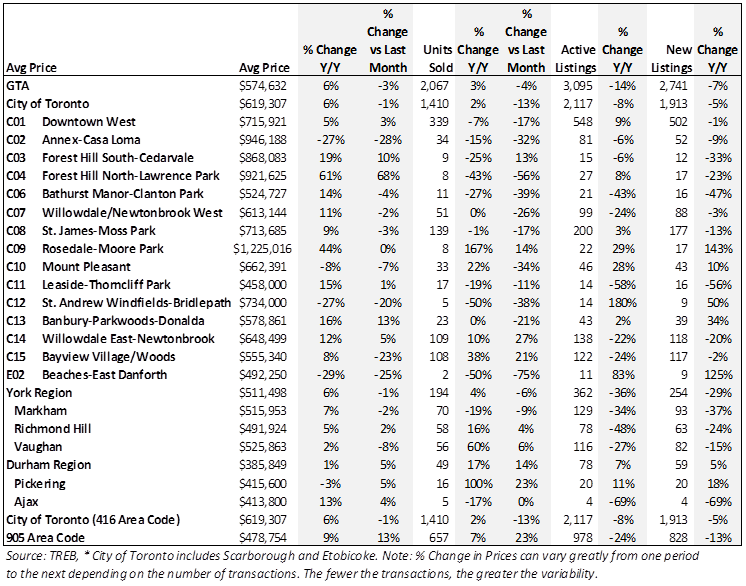 Exhibit 5: Months of inventory for condos and semis in Toronto remain tight which should continue to support higher pricing

Exhibit 7: Prices of condos and semis continue to rise